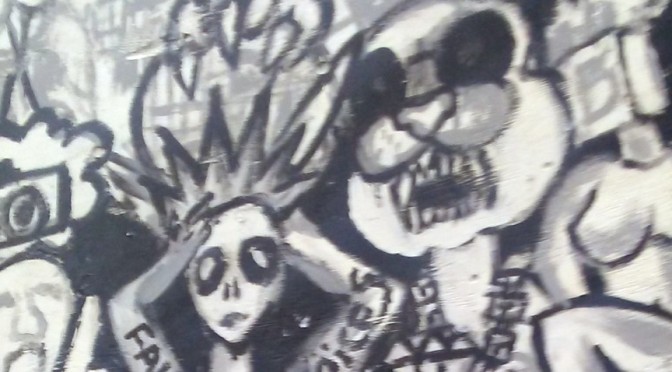 i’ve had to make this point several times in the last few years when speaking to council.

it would be great if nobody has to do this in the future. i’d like that. if i don’t have to point this out, that would indicate to me that we’ve made a significant change

“Harm reduction is the radical notion that drug users are people.” – seen on a t-shirt at #HarmRed18

if we refused to wait until the obituary before acknowledging that people have inherent dignity, worth, humanity, all that

if the motivating impulse is resentment, the consequences can never be productive. it seems to me that this is a big reason why the #DTES is so utterly messed up. an endless spiral of resentment & blame & regret, such fierce desire for a past that never was

i have it on pretty solid authority PLUS i read it in a book AND i heard from that guy at the park that when people are elected to civic office they do not in fact become ℳagic. i think that is the opposite of democratic representation actually, just as blaming Them

blaming Them, incomprehensible Them, is to deny your own power in this world, it is saying this isn’t your history and the future can’t be yours too

or as it’s constantly said in the downtown eastside, “That’s just how it is down here”

[you notice how drug users habitually mumble, talk into their chest, sentences trailing to silence? they have lots to say, they’re just used to not being listened to]

but a few hours before the polls open – after over 20 years of drug users negotiating some access to elected representatives which has resulted in Insite & a entire neighbourhood embedded (+/-) with #harmReduction services. and Ideas

but in the spring of 2016 those ideas, those ideas were frozen in time. the world had changed the neighbourhood felt – it was a siege a constant – and escalating – crisis

.
.
today is Day 920 of a public health emergency #bcpoli

eight months passed after that emergency was declared before the province sanctioned Overdose Prevention sites. hundreds of people were dead. that fall it rained and rained. @sarahblyth opened a tent in the alley so when you went down there were people thereto bring you back

tracey and i were going to city meetings, the mental health & addictions task force, catching shit for it too. there was the big tent day when 300 people had narcan training, which was paid for somehow from the .5% “fentanyl tax” – that was december 2016 and as i recall, not popular

yeah, i got the date right. dec 13, the following week. the radical militant take: the Evil City Used You All! when i asked them to explain, i asked, “how did they use us to have a public event (which we suggested) to do what we wanted, on our terms, to get the $ that you keep Demanding, that you say will help? please explain this to me.” nobody did. BUT i guess i suck at politics

something shifted. @sarahblyth hadn’t given up and she was tweeting constantly and probably calling the ministry of health often. lots of people were on it, but she turned this into civil disobedience,

that is,
Saving Users’ Lives is a Political Act Because Our Humanity is Worth Personal Sacrifice and Risk

i just realized that earlier the same fall i organized a show at gachet (last one, turns out). i had the one thing in it, Fortress of Solitude

i started noticing a terrible thing happening.
at first it was a look. an expression of surprise.

said the mayor to the crackhead

right now today, #SafeSupply. all substances. multiple points of access. and by #Decriminalize – i don’t mean the thing, the “drug”

we can decriminalize people. ourselves.

this does require a shift in thinking.
and is analogous to the aids crisis. the shift came when ‘victims’ became people.

the crisis is not the drug. the crisis is a social need to sacrifice individuals who exhibit the consequences of social cruelty.

how please tell me how does it help to blame Them?

stop angrily demanding what They can’t give
build new structures – break with the past
look, the thing is everybody uses drugs

and this seems the time to say what seems obvious —
harm is reduced the moment a user comes out.

acknowledge each other. and the harm. and listen close

very local media at the end of the drug wars

news, commentary, & resources for people who use drugs in the downtown eastside

one of the photos of me taken for the Sun/Province article this last weekend, taken by @nickprocaylo @mayorkennedystewart sent me the photo, which is cool #portrait #heythatsme
just your standard bunny riding a horse #yougotaproblemwiththat
"Ignore previous cookie" #fortune
when you let the Market decide
#nightphotography #streetlights
things are beautiful and terrifying #dtes
did somebody lose their #chandelier
#streetart #mural #publicart #ghostsigns #urbanphotography #palimpsest #psychogeography #history #expo86 #wallysburgers
Follow FFS : free futures society on WordPress.com